We bought four shibunkins for the outdoor pond today. We were hoping to keep it without fish to give frogs a chance but the mosquito larvae made the decision. Hopefully they are now plump, happy fish.

I just happened to spot a little frog in the tropical fish section so of course came home with two albino dwarf African clawed frogs. One is bravely exploring the tank and the other has very slowly moved around the large plant. If fish swim past it seems to play dead. Big Boi the dwarf gourami male sucked in one the poor frogs feet but soon spat it out again and was promptly scared by the froggy movement.

I have a lid on the aquarium but these frogs can apparently escape from uncovered tanks; there are plenty of anecdotes online about dehydrated frogs found around the house! The LFS recommended blood worms as food and I have frozen cubes of it in the freezer. As the fish are so greedy, I’ll have to ensure the frogs get some food but the fish left a lot of blood worms for me to clear up when I last tried this food. I’ll put some worms in tomorrow and see what happens. Wish me luck! 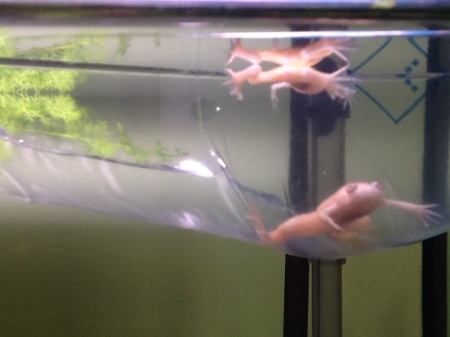 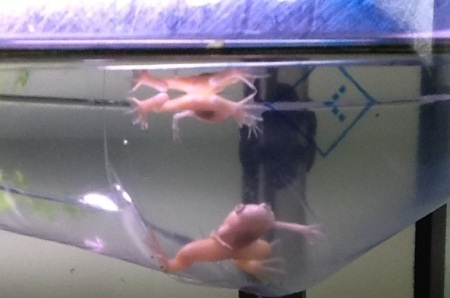 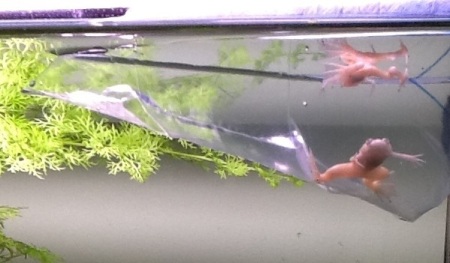 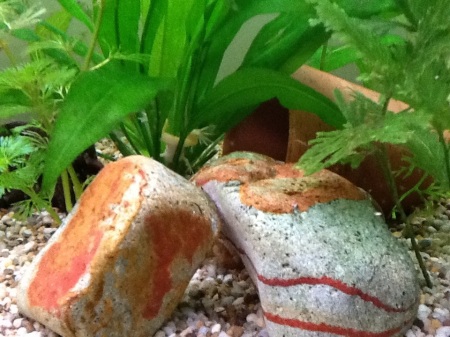